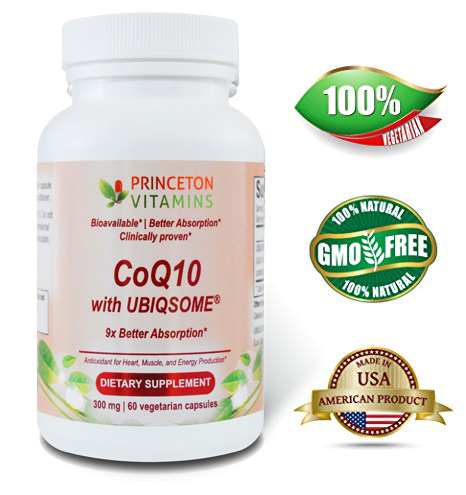 Coenzyme Q10, or CoQ10 as it is most often called, is a fat-soluble nutrient produced naturally by the body and used by every cell to create energy. It is among the most popular supplements in the United States and with good reason. CoQ10’s top job is to convert nutrients from food into fuel, and it is important for protecting the body from free radical damage. Plus there is a significant body of research detailing its efficacy and safety as well as its importance to support healthy heart function, muscle maintenance and energy production.

However, the production of CoQ10 declines with age and use of certain drugs, leaving us more susceptible to the effects of aging and chronic health conditions. And it is not easy to get enough CoQ10 from diet alone, especially as we age, so a key strategy is to replenish CoQ10 levels with a dietary supplement. This is especially critical for people taking statins, a common cholesterol lowering drug which is now known, to decrease CoQ10 production and may be associated with side effects like myopathy. Maintaining CoQ10 levels is also important for anyone looking to enhance their energy levels and ease recovery after sporting activities.

The problem is CoQ10 bioavailability is widely variable from one product to another, so when choosing a CoQ10 formula, it is important to look at absorption rate to select a product that will deliver the expected benefits.

Princeton Vitamins is pleased to introduce a CoQ10 supplement that offers as much as 9 times the absorption of traditional CoQ10 supplements. It contains a new food-grade formulation of CoQ10 with CoQ10 phytosome, called Ubiqsome®, a patent-pending ingredient from Indena. In a 2019 solubility study, this CoQ10 phytosome showed evidence of amelioration of CoQ10 muscle absorption after oral administration, and it is the only formula on the market that enhanced both plasmatic and muscle CoQ10 levels.¹ 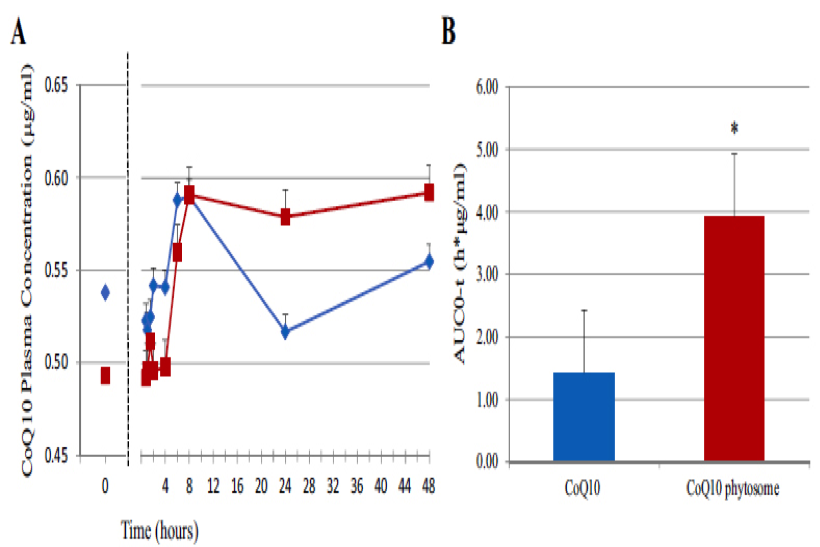 The study noted that two different repeated doses of ubiqsome were effective (150 mg and 300mg), with both enhancing plasmatic levels of CoQ10 after administration for two weeks. The 300 mg dosage was shown to be most efficacious as shown in the graph below. 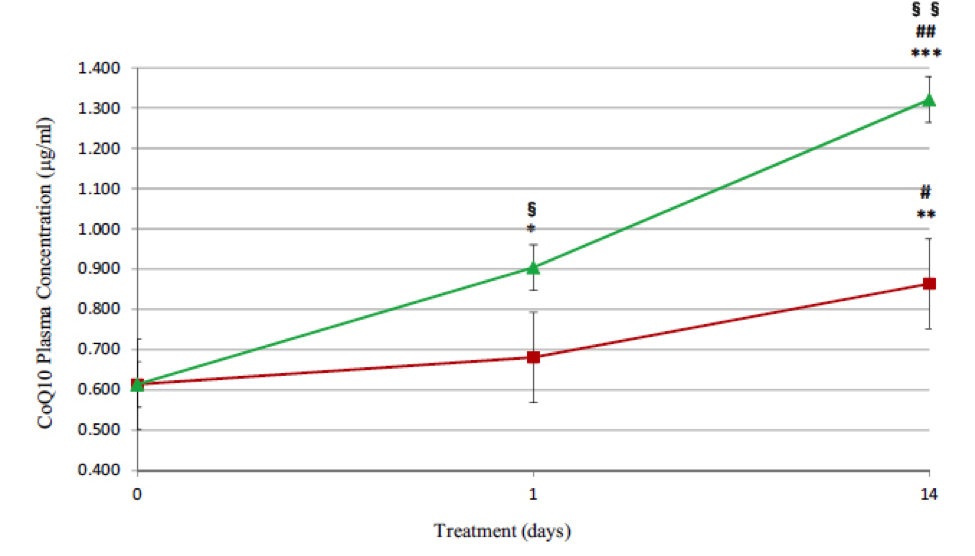 Another intriguing first-time finding for Ubiqsome is that it improved muscle levels of CoQ10 after oral administration as demonstrated with two different analytical methods.

The ingredient has also proven effective for specific applications such as optimizing plasma antioxidant response before and after sports training as well as reducing release of pro-inflammatory cytokines following sporting activity.²

Traditional CoQ10 products typically contain one of two forms of CoQ10 and there is still much debate about which form and dosage level is effective. Most researchers believe the forms are interchangeable and either form can be taken as a supplement, although there is some evidence that ubiquinol may be more bioavailable than ubiquinone.

The forms have distinct functions in the body: Ubiquinone is the essential form that the body cannot survive without. But they do act as redox pairs that can recycle each other as needed. So for example, ubiquinol can step in to maintain ubiquinone levels and serve as a defense system along with other antioxidants to protect the body from the free radicals and super-oxides that can cause the effects of aging.³

Ubiqsome is the first ingredient to improve CoQ10 absorption in both muscle and plasma. It also demonstrates that it is not necessary to take CoQ10 as ubiquinol to obtain a real pharmacokinetic and biological advantage, given that most orally ingested CoQ10 as ubiquinone is immediately converted to ubiquinol anyway.

Ubiqsome goes beyond any other CoQ10 ingredient on the market. Princeton Vitamins’ CoQ10 contains 300 mg of Ubiqsome, the dosage recommended for the maximum benefit as demonstrated in the research shown here. It is an ideal CoQ10 supplement for anyone looking to support heart and muscle function or enhance energy production.*

*These statements have not been evaluated by the Food and Drug Administration. This product is not intended to diagnose, treat, cure, or prevent any disease

These statements have not been evaluated by the Food and Drug Administration. These products are not intended to diagnose, treat, cure or prevent any disease.
Copyright © 2021
Princeton Vitamins LLC, 197 State Route 18 South, Suite 3000, East Brunswick, NJ 08816
848-466-3150 •  info@princetonvitamins.com. All rights reserved.